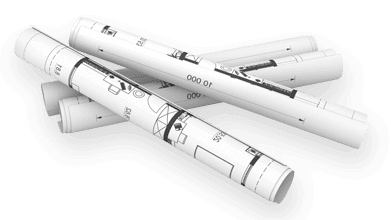 Ideas for immersive reality have been around for nearly a century. Science fiction author Stanely Weinbaum was considered a “visionary” in the 1930s for his uncannily modern story about the experience of virtual reality.

Through decades of futuristic experiments, the technology wasn’t catching on. However, by the end of the 1990s, the Matrix film series hit theaters and brought the concept of a simulated reality into the mainstream.

All this excitement leads us to question: where is all this development headed to?

What was previously considered “science fiction” is now widely accepted throughout many industries. At its core, AR provides a digital overlay of information into the physical world via smartphone or headset.

In January the New York Times announced their desire to incorporate AR projects into their real estate and cultural coverage. Everysight recently announced Raptor AR sunglasses which provide a wide range of valuable information to cyclist without obstructing road vision.

Immersive reality has been taking gaming, theme parks, storytelling in journalism, exotic travel and even sporting experiences to the next level. The AR game Pokémon Go gained serious attention last summer. Users were prodded to roam their neighborhoods and cities “catching” Pokémon characters with their phones. There are many other excellent AR apps that increase daily efficiency and life enjoyment.

The HoloLens glasses along with the DAQRI Smart Helmet show great promise for architect efficiency and for increased safety in construction. Construction worker deaths account for one in every five on-the-job deaths, according to OSHA, making it the most dangerous industry in the nation. AR tech is also rapidly progressing in real-world applications such as research, education and medicine.

Despite the drastic AR evolution through the past decade, technicians have barely scratched the surface for its future life incorporation.

What can we expect in the future for AR? It helps to analyze trends and cycles from past technology disruptions. Much like the development of cell phones, market projections include smaller and faster versions. But that’s just the beginning of what may unfold in the future. Smart business owners will incorporate immersive tools to become the industry leaders of tomorrow.

The cell phone industry was disrupted when phones merged with the internet. AR technology has the beginning of a serious disruption with multiple emerging technologies, such as the Internet of Things, 3D printing and artificial intelligence. It will be exciting to watch its progression as engineers begin to interface, integrate and converge AR with other technologies.

Apple’s CEO Tim Cook has openly compared AR to smartphones. Though specific plans are secretive, Apple has been investing in AR and developing product prototypes.

Tech companies are pouring investment dollars into AR because of its emerging value. What now seems like a clunky device, may soon be similar to the sleek and sexy iPhone in your back pocket.