Every year the population increases and the number of cars on the road goes up. The U.S. leads with the highest vehicle-to-person ratio: one car for every 1.3 people, followed by France at 1:1.45. There are 1 billion cars on the road with a predicted 2.5 billion by 2020. For all this manic auto action, traffic congestion is through the roof.

Right now the average U.S. auto commuter will spend 42 hours stuck in traffic every year. That number goes up to 63 hours for the 15 largest metro areas, with an annual price tag of $1,433. To help negate the frustration and environmental damage of congested roads, effective public transit provides a faster and healthier alternative. With a variety of metric criterion, several studies reveal the best U.S. cities for transit accessibility and efficiency. 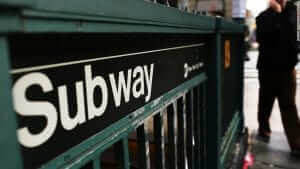 People can have a happier, more sustainable lifestyle with greater proximity to amenities. Walk Score ranks cities based on walkability and transit options to help you choose where to live or visit. Hundreds of walking routes are generated with maximum points awarded for 5-minute walk options. Here are the top cities and neighborhoods for overall rankings: New York (89), San Francisco (86), Boston (81), Philadelphia (78) and Miami (78).

All U.S. Cities with over 200,000 people are given transit-friendliness scores based on the usefulness of nearby public transit routes. The frequency, route type and stop spacing are taken into account. Using algorithms to calculate transit scores, the top five scores are as follows: 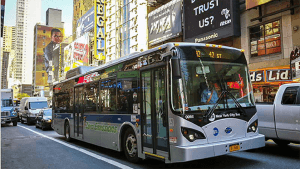 Surveying every U.S. city with more than 175,000 people (136 cities total), this study used five key factors to evaluate. The first two measured for transit efficiency to decide if transit commute options presented a shorter, more attractive alternative than cars. The Texas A&M Transportation Institute calculated the average commute time for transit users versus car commuter, comparing this with the percentage and total number of public transit commuters. Additionally, quality was reflected by transit coverage and capacity. The top five cities for public transit are as follows:

The studies’ results show a 9% increase in overall U.S. transit usage, with a 20% increase in major cities. Southern cities were notably worse in the public transit department with only one making it to the top 25 (Houston). In most major southern cities typical transit length is double that of driving time.

Accessibility: Walk or Ride to Work in Under 30 Minutes 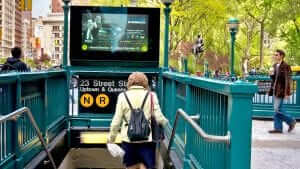 When it comes to public transit, accessibility is everything. One thorough transit journey accessibility study evaluated block-level maps for spatial patterns in each area. The most detailed study of its kind, 46 of the largest U.S. cities were rated by residents’ ability to get to work within 30 minutes by walking and transit. More scoring weight was allotted for jobs reachable within 10 minutes.

Don’t Get Stuck in Traffic 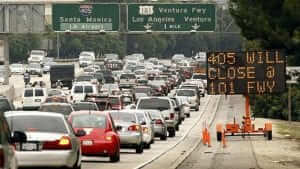 With way too many cars and not enough public transit, commuter traffic angst is at a high. Commuter pain surveys in the last year show 87% were stuck in traffic and 31% turned around to go back home. Too much time stuck in traffic lowers happiness and quality of life. Additionally, transportation toxicity accounts for 30% of U.S. greenhouse gas emissions which dampens our breathing quality.

Despite America’s transit success, none of these cities make it to the top international lists. Cities like Moscow, Hong Kong and Paris lead with impressive massiveness and well-scaled transportation systems. Not only is their transit highly efficient and user-friendly, but also the cities were built densely enough for carless practicality. Since our cities are newer, built mostly after the 1950s, the designs are largely auto-centric.

Fortunately, clean transportation planning and public transit budgeting have become prominent discussion topics in the political scene. Earlier this year Obama’s revealed plans for strategic investments to help with carbon pollution and economic strength. In the midst of the presidential voting season, remember that smart decision-making is needed to improve our sprawling, auto-centric metropolises.