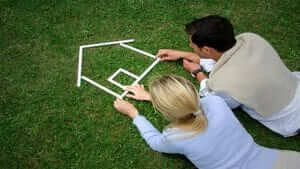 Numbering more than 75 million nationwide, millennials make up the largest generation. As this youthful, tech-savvy group begins working and forming households, they’ll pick a city and settle down… or will they?

Across the country homeownership rates have been on a steady decline, according to the U.S. Census Bureau. Millennial stand out in this trend. They dropped from 40% homeownership in 2006 down to 32% in 2015.

The housing prices present a relevant economic factor in this trend. They’re going up. With hefty rent bills and rising student loan debts, it makes sense that millennials would avoid ownership responsibility.

Despite the dropping trends, a recent Smart Asset study found that in select U.S. cities, millennial have started buying again.

WHERE MILLENNIAL'S ARE MOVING TO SETTLE DOWN

The under-35 homeownership rates are especially high in Elk Grove, Calif., with a 60.8% standout in 2015. This provides quite a range when compared with cities at 11% ownership rates such as Orlando, Fl. And Cleveland.

The largest city in South Dakota made the top of the list with a rise from 40.4% in 2006 to 45% in 2015. Sioux Falls is also rated as one of the best places to start a family, boasting impressive educational opportunities.

Elk Grove came second in the list. Otherwise known as a small agricultural city, Elk Grove experienced a significant population increase in the early 2000s, increasing by over 100,000. With affordable homes, the city became attractive to those with jobs in the nearby cities of Sacramento and San Francisco where homes are three times as expensive.

Along with their settling percentages between 2006 and 2015, the next top eight cities for millennial homeownership are as follows:

In order the rankings of cities, Smart Asset looked for homeownership where the head of the household was under 35 years old. They looked at percentages for 200 of the largest cities. Data was reviewed from the U.S. Census Bureau and the 1-Year American Community Surveys.

THE CONTINUOUS CYCLE OF MILLENNIAL RENTING

With the weak recovery in the aftermath of a recession, it’s no surprise that young people aren’t buying homes. Millennial's are now more likely to live with their parents than a spouse, found a recent Pew Research Center census analysis.

It’s true that many millennials are delaying the responsibility of owning a home. This year marks the lowest ownership rate in history for their age group, at a 30-year low. Aside from rising home price and huge student loans, the delayed marriage and parenthood choices of millennial's will influence their buying choices.

The trend towards renting is a self-perpetuating cycle. As more and more people turn to renting, the renter market becomes stronger. This in turn makes those renting prices go up. From there, millennial have less and less money to save for a home down payment.

On the flip side, at least they’re able to decrease their debt. Better Homes & Gardens magazine conducted a survey of millennial homeownership views. They found 85% of those surveyed considered buying a home to be a sound investment. However, they prefer being able to afford their dream home before purchasing.

With unique budget and timeline needs, millennial's will pave their own path to homeownership. Instead of high-ticket homes, they’ve turned to installing light fixtures, painting walls and other DIY projects. Along with creative home design, millennial's will learn patience, frugalness and practicality.