On planet earth there are numerous resources we have learned to utilize. Through brilliant inventors and engineers, our cities come alive day and night with electricity. From the cars we drive to the bulbs that illuminates our desktop, we steadily use the planets’ natural resources. In addition to our increasing usage of these supplies, comes our awareness of their limitations.

Now environmentalists and technicians eagerly search for renewable energy sources. Options like hydropower, solar power, wind energy and geothermal plants are being tested around the world… with some success.

RENEWABLE ENERGY AROUND THE WORLD

Perhaps one of the brightest examples, Costa Rica has managed to use 100% renewable energy for 76 days straight. This was the second test-run of its length this year, which adds up to over 150 renewable energy days. Being a smaller country, Costa Rica is the perfect testing grounds for replacements energy sources. The length of their renewal is astounding.

Throughout the project, the Costa Rican government depended on these primary replacements: 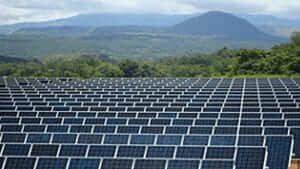 The Portuguese quest for clean energy has hit some milestones of its own. Recently they managed to run four days straight using only renewable energy sources. For an entire 107 hours, the small country of Portugal was sustained by wind and solar power. This 4-day streak was merely the peak of their increasingly-promising clean power journey. Last year renewable sources provided 48% of their total energy needs. Zero harmful emission release is the goal.

Over in the United Kingdom, political figures and renewable energy industry leaders are hard at work to find sustainable clean energy solutions. Researchers have seen some big changes in solar power and wind energy usage. The government has decided to halt the spread of onshore windfarms, primarily because of how expensive it was becoming.

Experts predict at least a 1 gigawatt (enough to light up 660,000 homes) loss in renewable energy generation within the next five years. After the ground-breaking investment in wind energy last year, several proposed construction projects will come to a halt.

Investment in solar power, on the other hand, has slowly but surely been increasing. Perhaps with the coming drop in government wind energy subsidies, the renewable energy finances will be redirected to solar funding.

If you’ve ever visited the colorful lands of Spain, you’ll soon learn that power is expensive. Their lack of natural resource blessings such as oil, gas or coal has spurred them forward in their renewable energy development. With this additional motivation, Spain has become known as the “Cradle of Renewable Energy.”

During the night time, wind energy fulfills 70% of Spain’s electricity needs, with a daytime record of 54%. Over 29 millions of Spanish homes are currently powered by wind energy. However, wind energy is unpredictable, which makes forecasting key to sustainable clean energy. The Spanish firm Acciona consistently monitors 9,500 wind turbines at the Pamplona control center.

The German quest for renewable energy has recently gained momentum. According to the Agora Energiewende think tank, Germany was able to supply nearly 100% of their energy needs with renewable sources for an entire day. Conventional power plants were able to supply 7.7 gigawatts at their energy peak. As they phase out nuclear and fossil fuels, Germany’s clean power drive narrows in on solar and wind power.

Never a country to miss out on significant global trends, China has taken its own stock in renewable energy resources. Aware of the need to combat climate change, China sets up new wind turbines at the astonishing rate of two every hour. According to the International Energy Agency, onshore wind and solar panels have increasingly reduced in costs. The IEA reported this decline as impressive, and they expect it to continue. With cheap renewable energy options, the clean power usage trend will continue to take off.

THE SUPERHEROES OF RENEWABLE ENERGY

Effects of carbon dioxide emissions and limited resources are being felt around the world. The need for a better way is clear. Given the trends of success, solar and wind energy are not going away any time soon. These renewable resources are the forecasted superheroes for global reduction in carbon emissions and supply security.